It's being seen as if we are robbing nature and as a result is in decline, he told an international audience attending a one-day International China Summit on the day preceding the opening of VIV China, which is taking place in the New China Exhibition Centre in Beijing.

"The sector is changing and is dynamic and should be compared with forestry rather than an exploitative operation. "We can remove a certain amount."

He said that where pressure had been applied to a fishery and the fishing operations were substantial there was a vested interest in maintaining stocks, managing the resource and adopting regulations to control over fishing. He pointed to fisheries in North America, Australia, Japan and others where regulations controlling industry meant that industry could invest in larger vessels, operate securely with quotas and become profitable and sustainable businesses.

"Unfortunately, that is not the norm. Throughout Asia and Africa in particular there is still a need for regulation. Anywhere where you have small artisan fisheries you have damage to sustainability. We are doing a good job in several places but more needs to be achieved."

Without the development of aquaculture over the past 40-50 years, there would not have been any growth in fish consumption, he told the audience of 300 representatives from the intensive livestock industries. He said aquaculture now makes up about half of all fish processed for human consumption.

While wild capture fish would not increase in the years ahead, aquaculture would see the total fish producing industry increase by four to six percent growth for the next four to five years. However, after that growth would decline to about three percent per year.

He says the FAO forecasts the world needing between 20 million to 25 million tonnes of fish by 2020? That's a one-third increase in less than a decade; a target that is unlikely to be met, he suggested.

However, Mr Nikolik does see fish playing an increasing role in the human diet as the world addresses the food needs of nine billion people by 2050. He says the are some 300 species of fish worldwide that are currently included in the human diet of which some 50-60 species are of primary importance. While the west and Japan have a preference for marine species in their diets, China in particular enjoys fresh water species and carp in particular. Sixty percent of the world's aquaculture takes place in China and the majority of the fish produced is carp.

When compared with terrestrial animals, fish are particularly efficient in converting feed into flesh. While the feed conversion rate for pigs is now around 2.5:1 and poultry at 1.8:1 and leader in the animal world, tilipa records 1.6:1, shrimp at 1.5:1 and salmon at 1.1:1. The latter is the most advanced and may soon achieve a 1:1 conversion rate!

"Why is it possible for fish to achieve these extraordinary conversion rates?" he posed rhetorically.

Fish live in a world where there's little effect of gravity and as a result expend no energy to fight gravity. Therefore there is no need to build massive bone structures to support their weight. In addition, fish are endothermic - meaning they need to expend no energy to warm their bodies.

"Everything they eat goes into motion and growth. Also they have high fecundity, meaning they have lots of offspring." Pigs might be able to achieve an impressive 27 piglets per year, but fish can produce 50,000 eggs twice a year with mortality rates of between two and three percent," he adds.

Other factors that Mr Nikolik feels with swing the balance in favour of fish is the impossibility of diseases moving across the species barrier as can happen between testerial animals; "There is no disease that can move from fish species to a human." The structure of the resource also favours fish such as salt water, "which can't be used for anything else"; many land-based fish farming operations do not need fresh water supplies; a minimal CO2 and methane gas emission contribution is also an advantage over terrestrial species.

For aquaculture to achieve its potential, the industry needs huge investments. It's an industry that is fragmented, ranges from the developed to developing countries, has no global or regional marketing policy and is uncoordinated. There are currently too many species being farmed and resources into research and development is spread too thin, he adds. "We haven't even chosen the species to focus on," he told the audience.

Mr Nikolik says terrestrial animal production systems have been developed over 2000 years while aquaculture is less than 40 years old and for some species just 15 years old. While aquaculture does offer a valuable source of protein for the human diet in the decades ahead, it has many obstacles to overcome with the access to resources such as coast line allocation, being limiting factors. 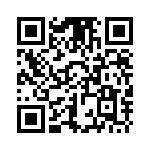